Since about 5 years LudwigType collaborates with the great calligrapher and type designer Gerog Salden to digitize and produce his typefaces and distribute them through TypeManufactur. Our latest addition is Deutschkurrent, a script based on an old form of German language handwriting. Until the middle of the 20th century it was the established script for daily writing in German-speaking countries. One could call it the handwritten counterpart of Fraktur. Kant, Goethe, Schiller, Mozart, Beethoven, Nietzsche, Freud, even Einstein; they all used it for their writings. Georg Saldens digital Deutschkurrent is based on his own handwriting. It is comparatively easy to read, because it avoids all superfluousness and decoration.
The Kurrentschrift has two different forms of ‘s’, depending on its context. I completed the fonts and coded a sophisticated OpenType feature which chooses automatically the right form of ‘s’. Check also this little webpage which I designed to show more of this script and its history. 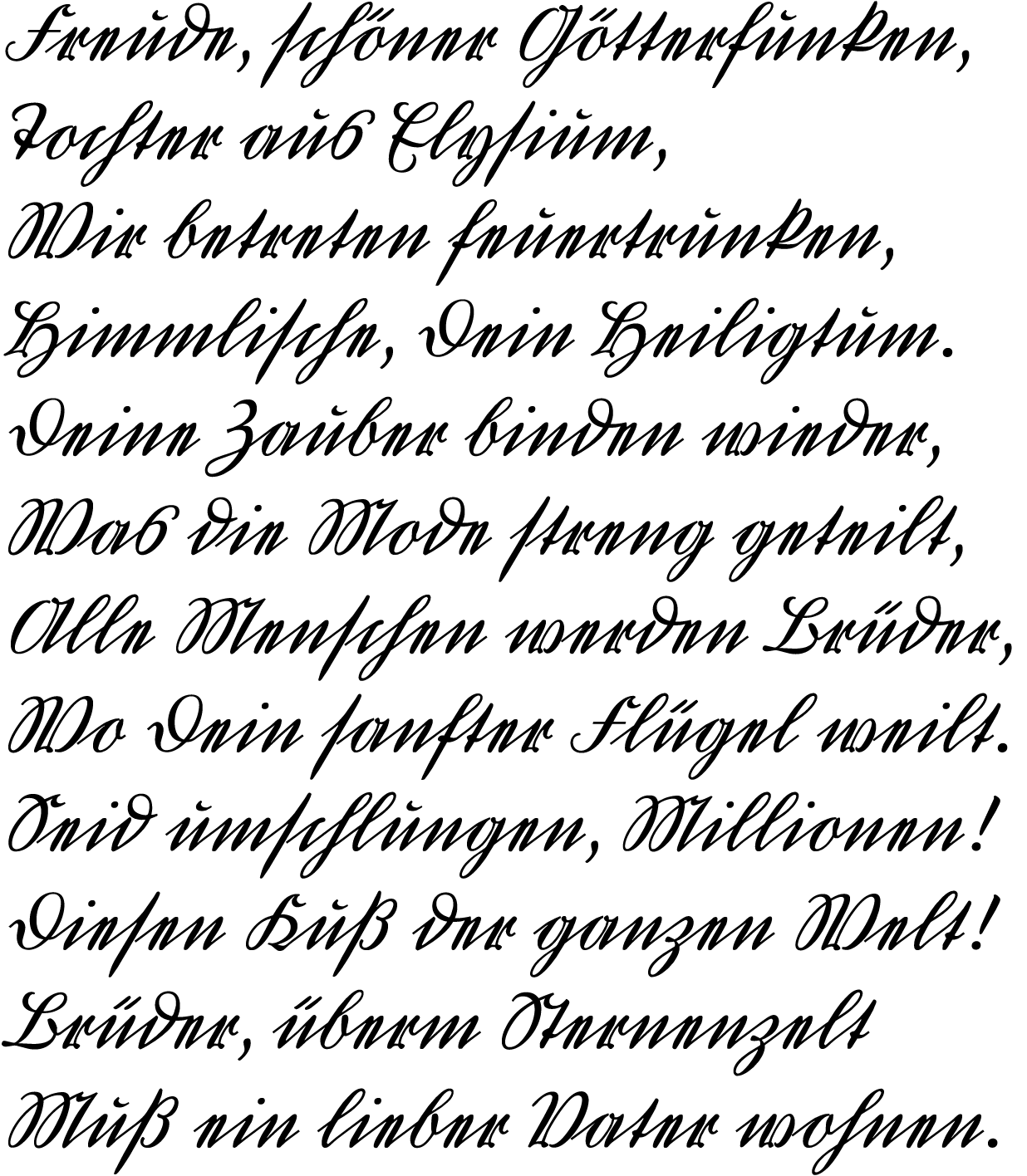