Diogenes is used throughout this beautiful book designed by Polish design agency Podpunkt. The project was awarded in two competitions: an honorable mention in the contest for Most Beautiful Book 2015 and silver at the European Design Awards 2015. Published by National Centre for Culture.

“Listy” means “letters” and refers to the long-term correspondence of Polish writers and activists Jerzy Giedroyc and Zdzisław Najder. The design of the book reflects how the relationship between the two men changed over time. Initally intense, it cooled down and then became conflicting. A characteristic motif of the layout of both the cover and the inserts is broken typography. The title of the cover is partly hidden. Navigating the letters is facilitated by numbering and marking them with the initials of the sender and recipient. The only decorative element, including a fairly minimalist design, is the repeating motif of delicate lines and rectangular boxes with letters of letters. 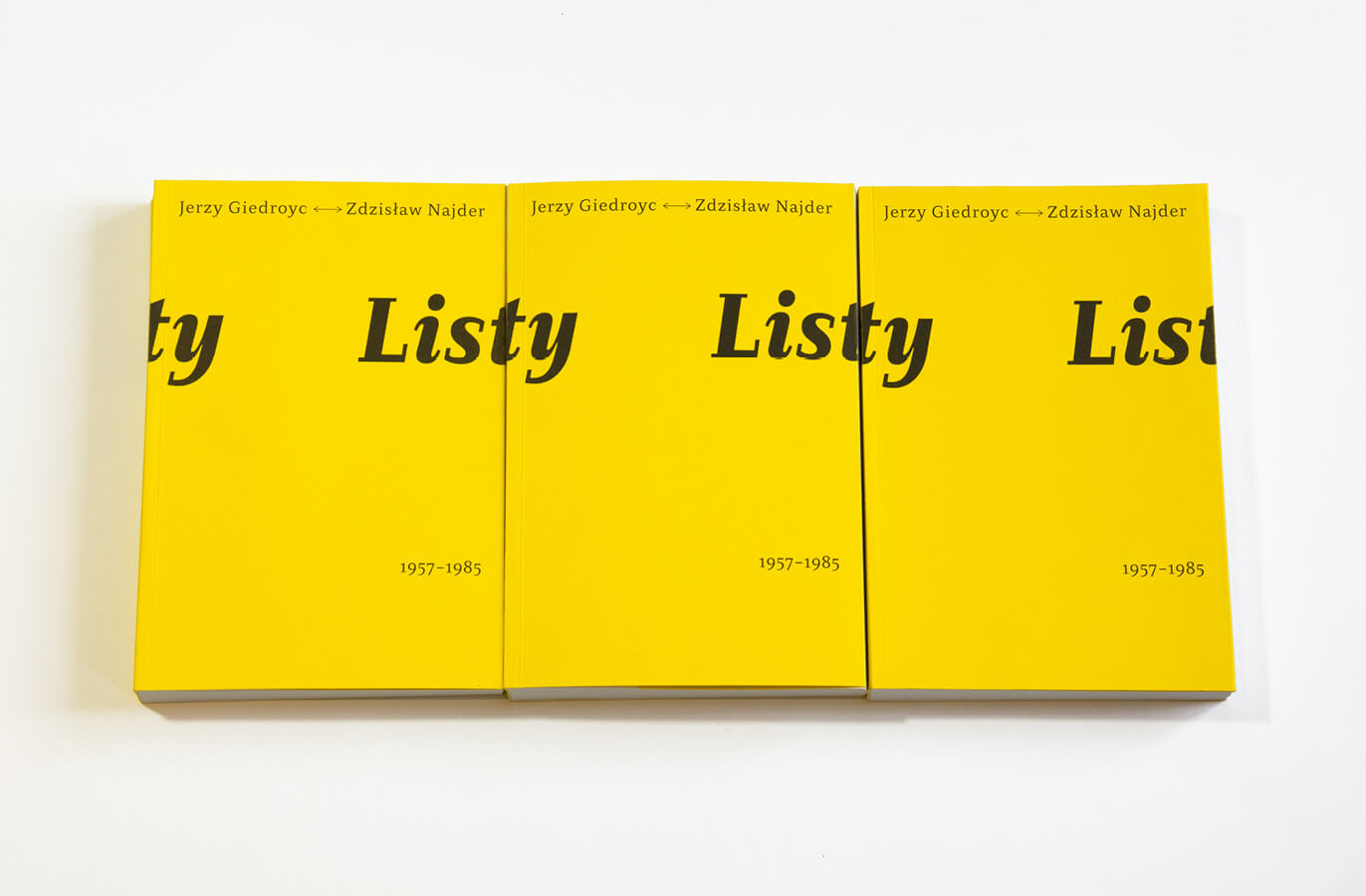 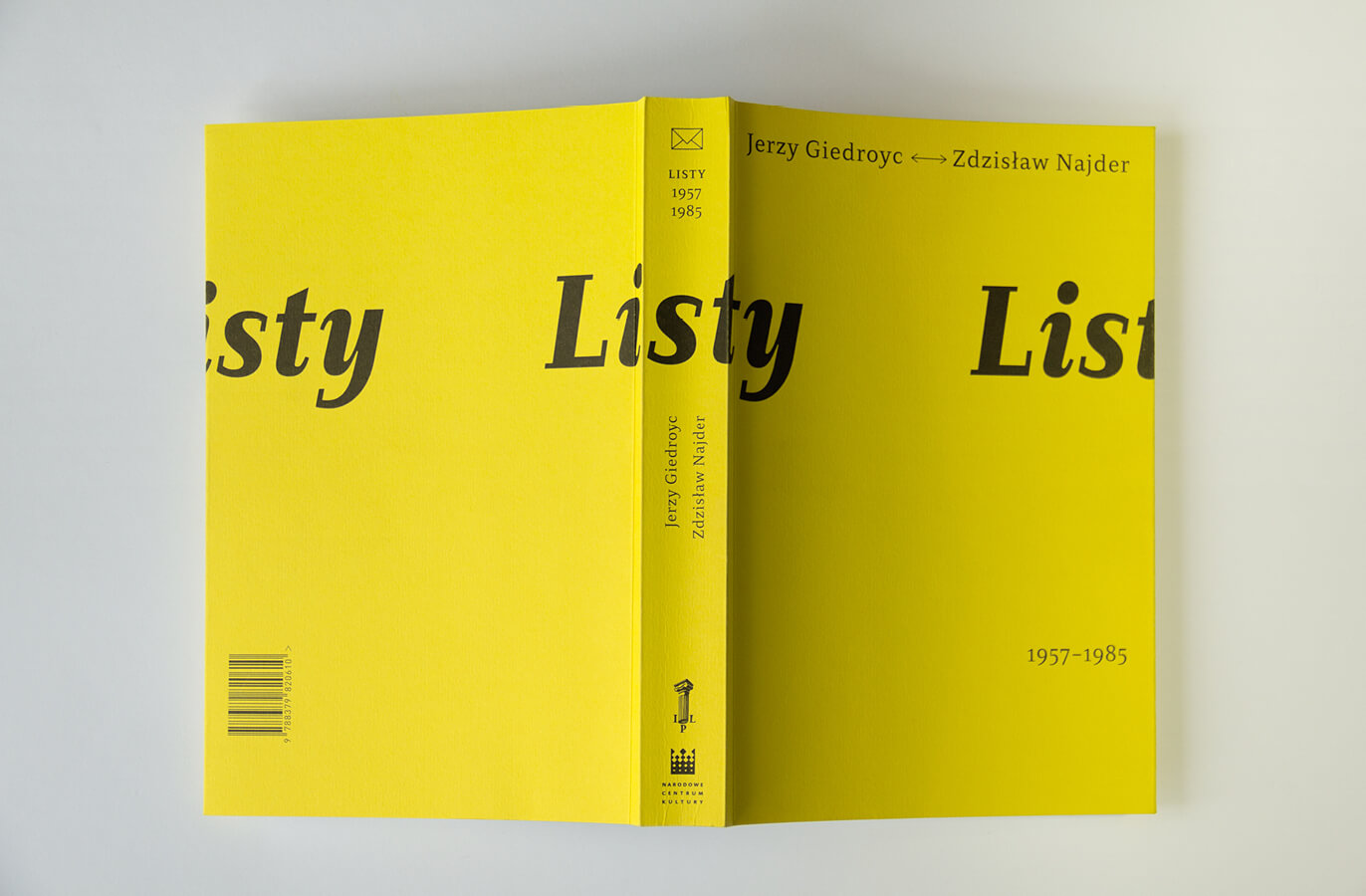 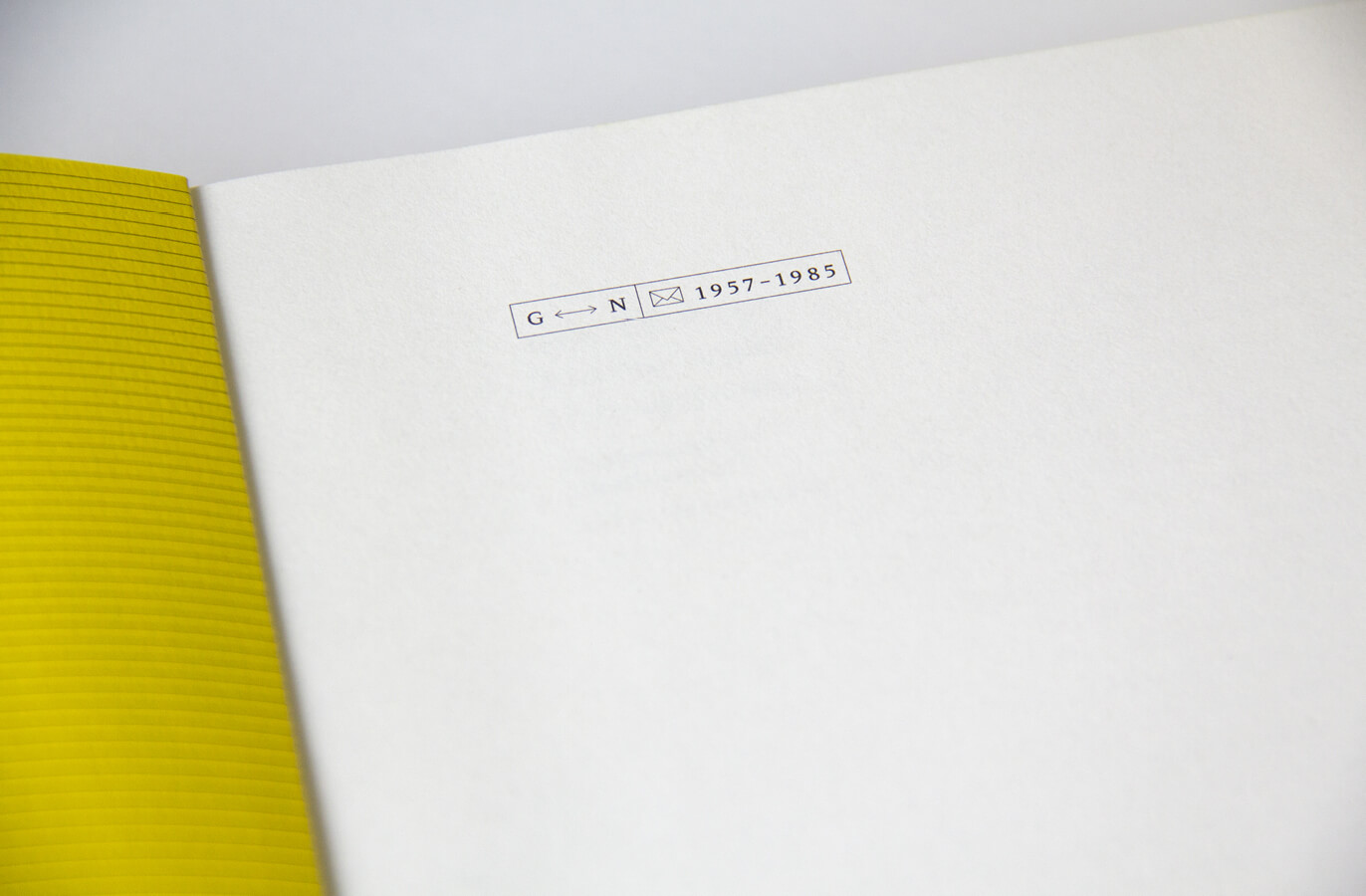 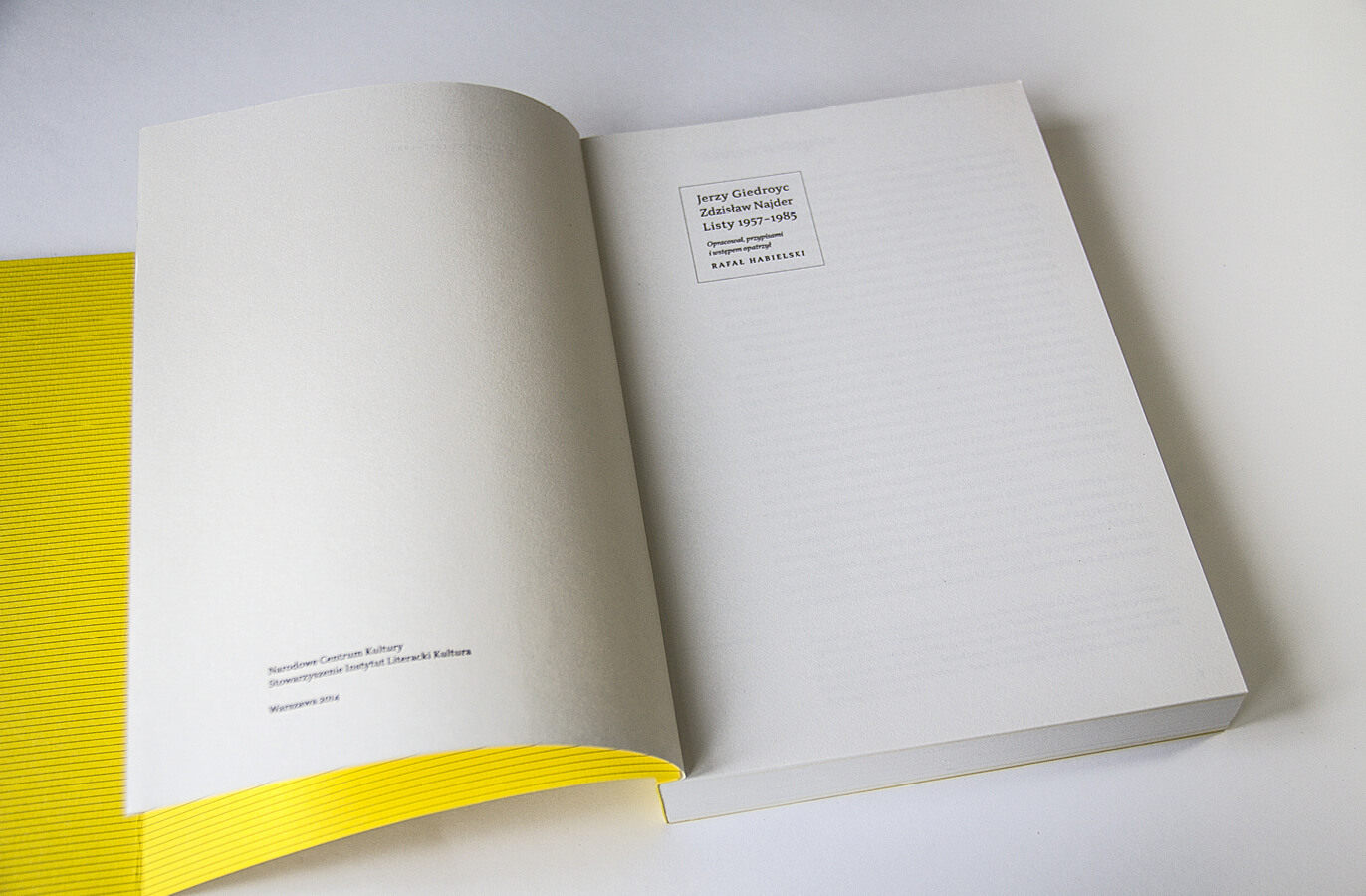 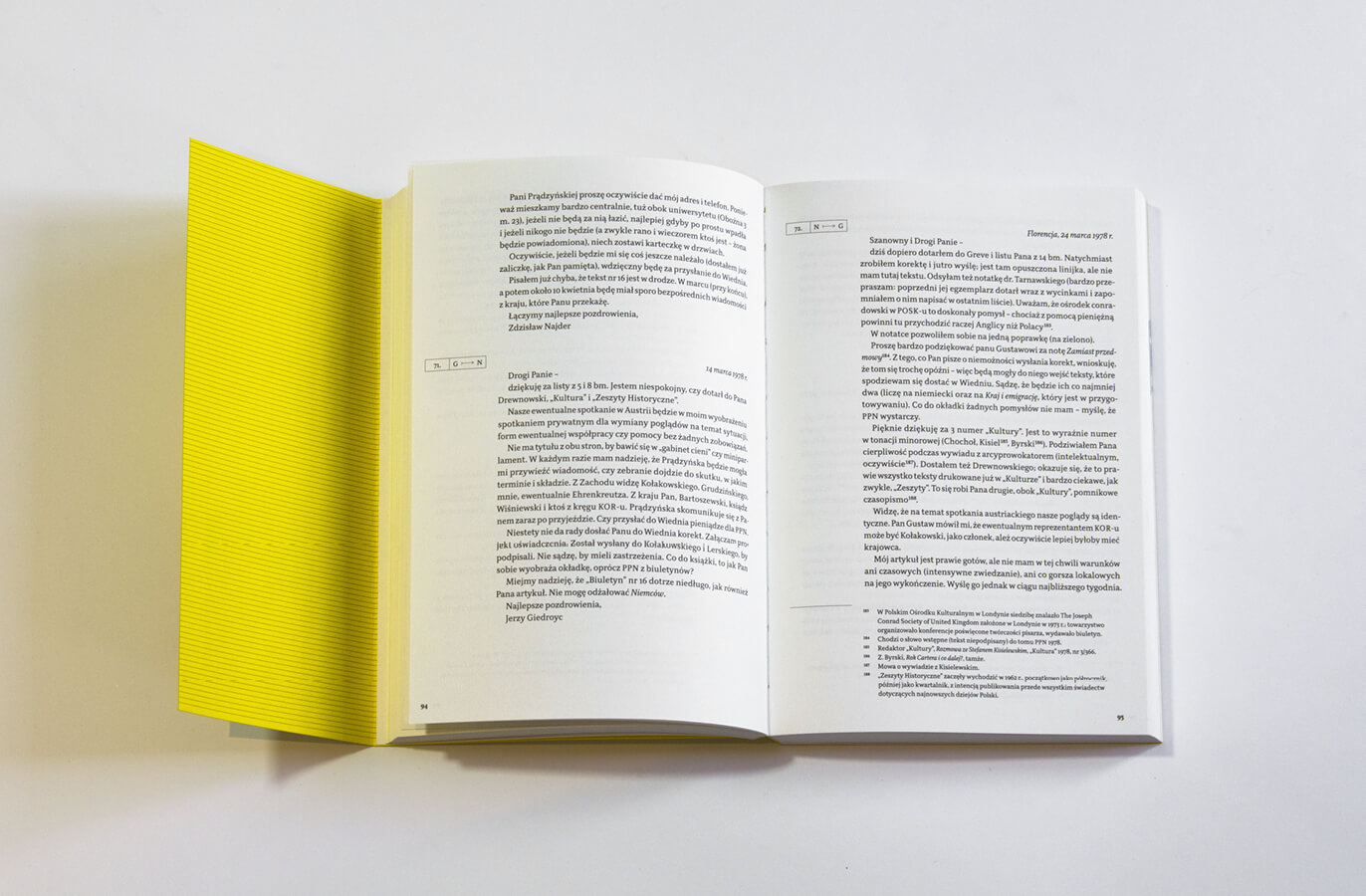 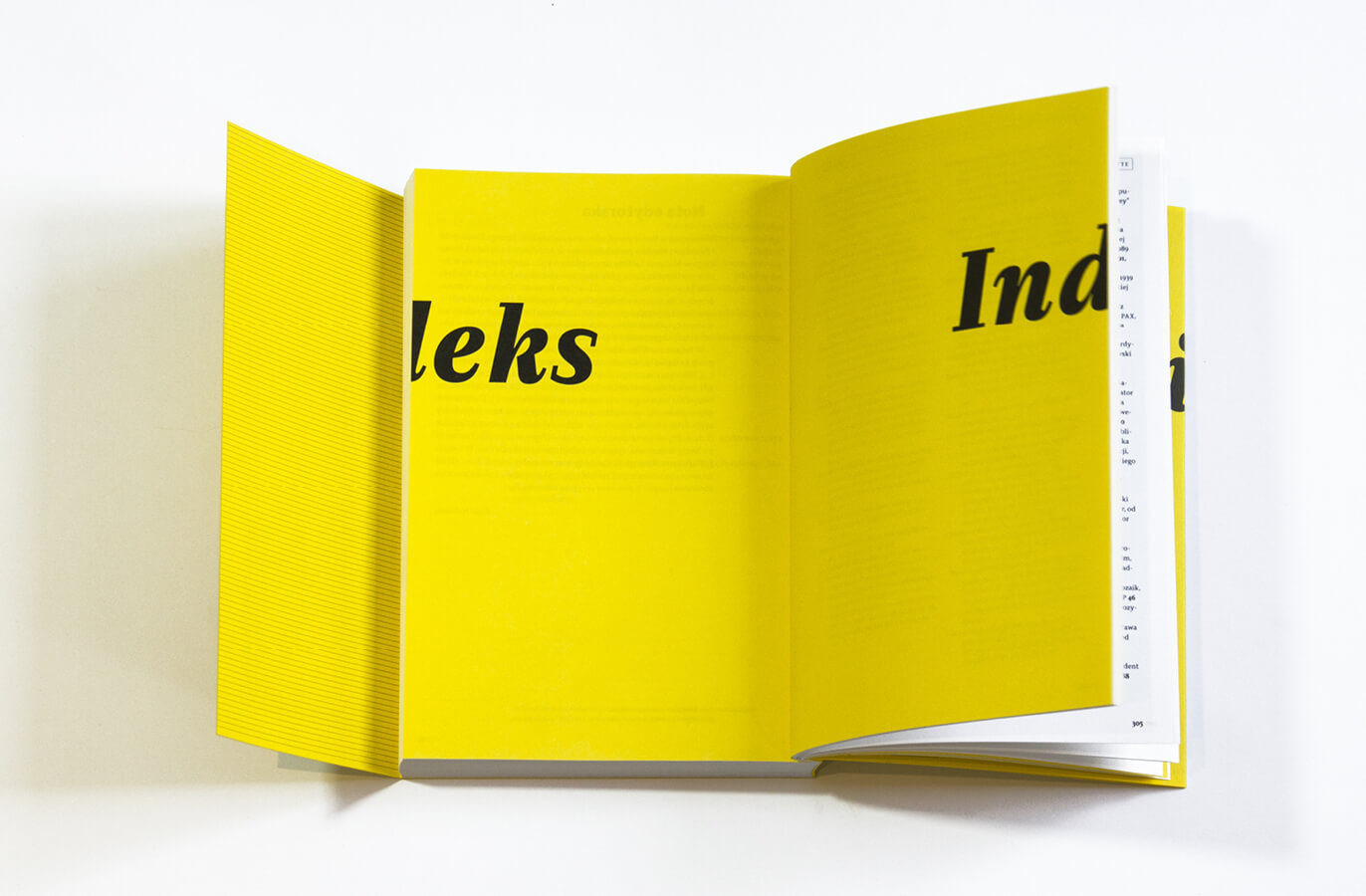 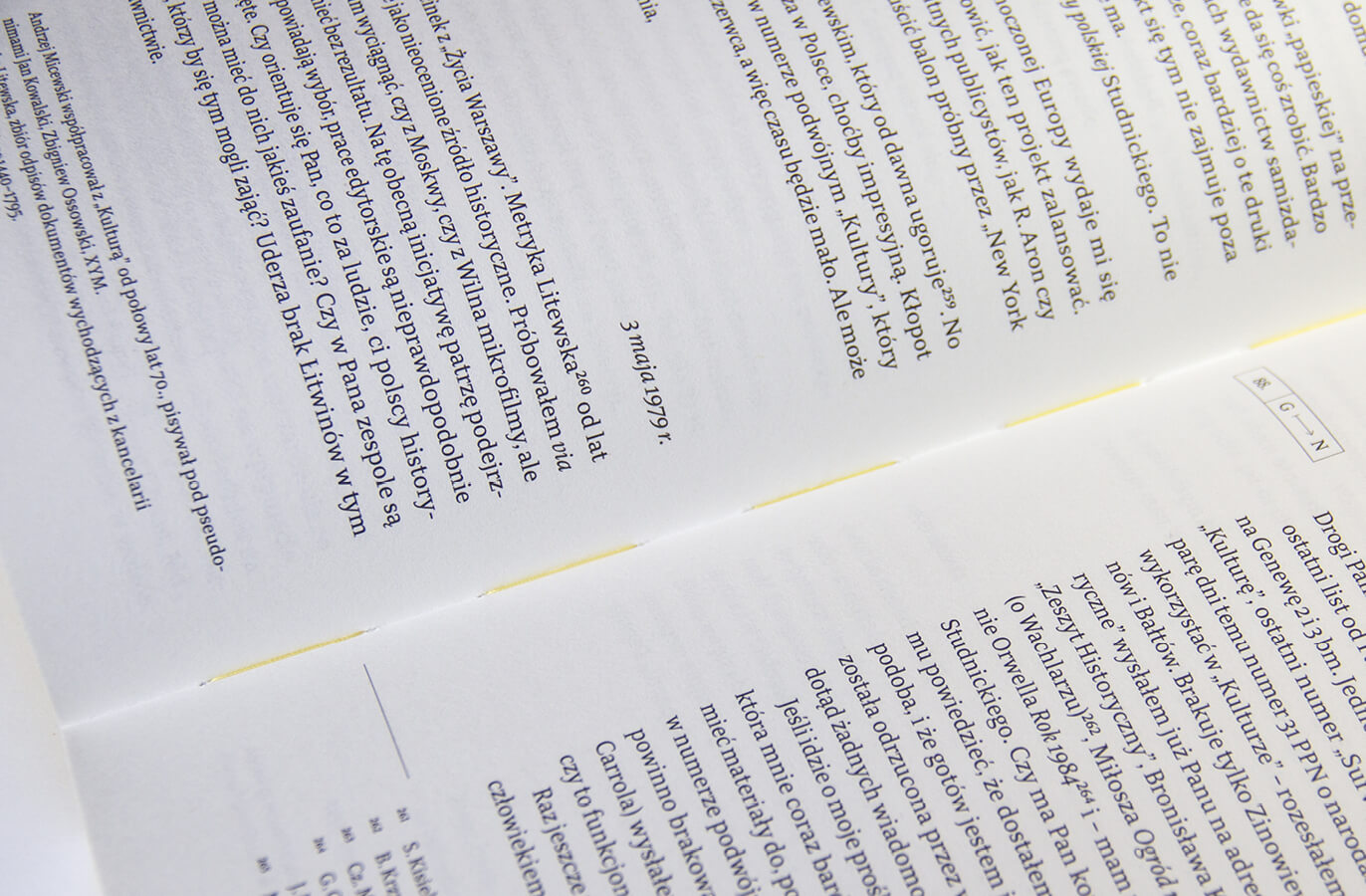 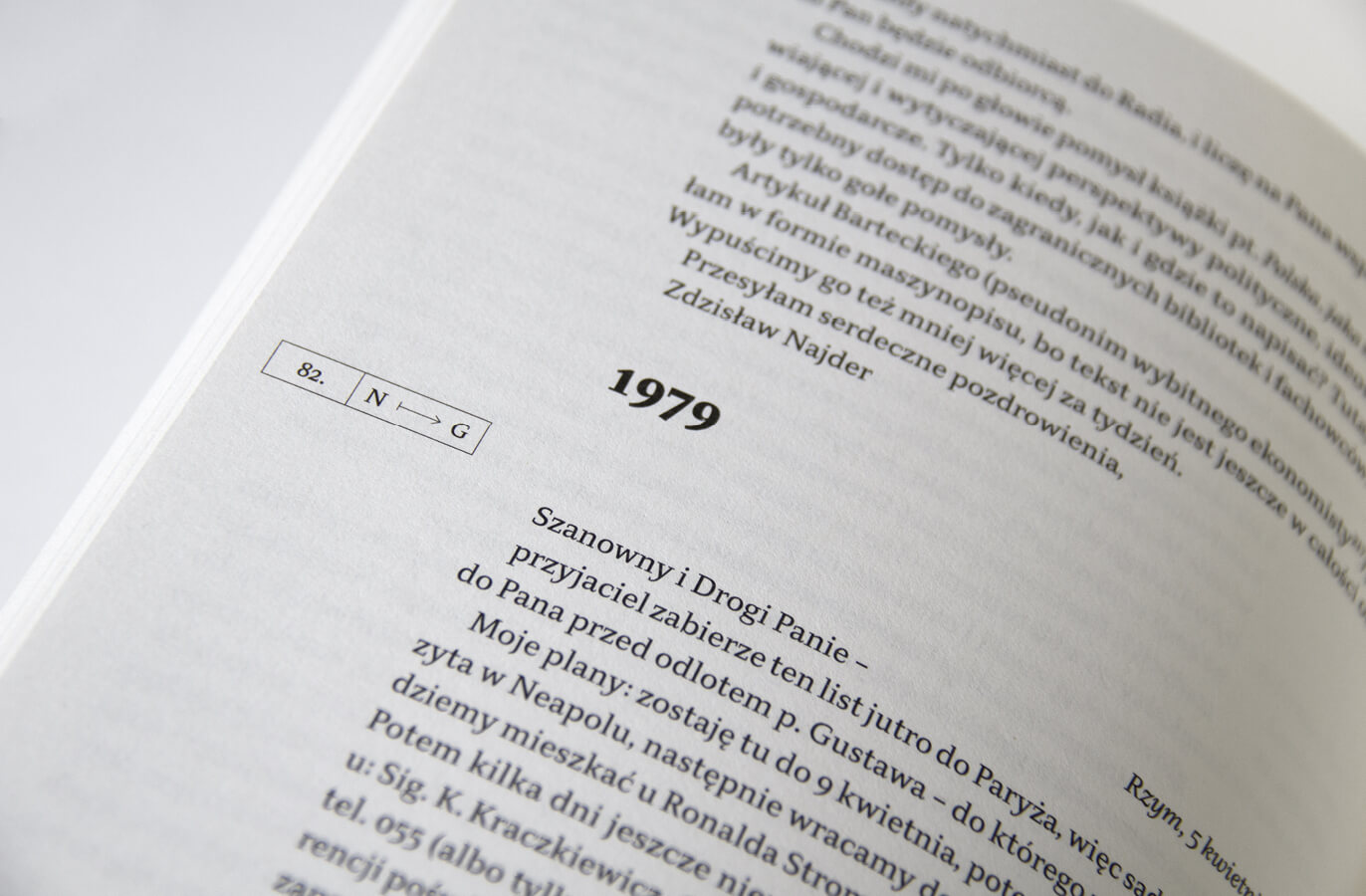 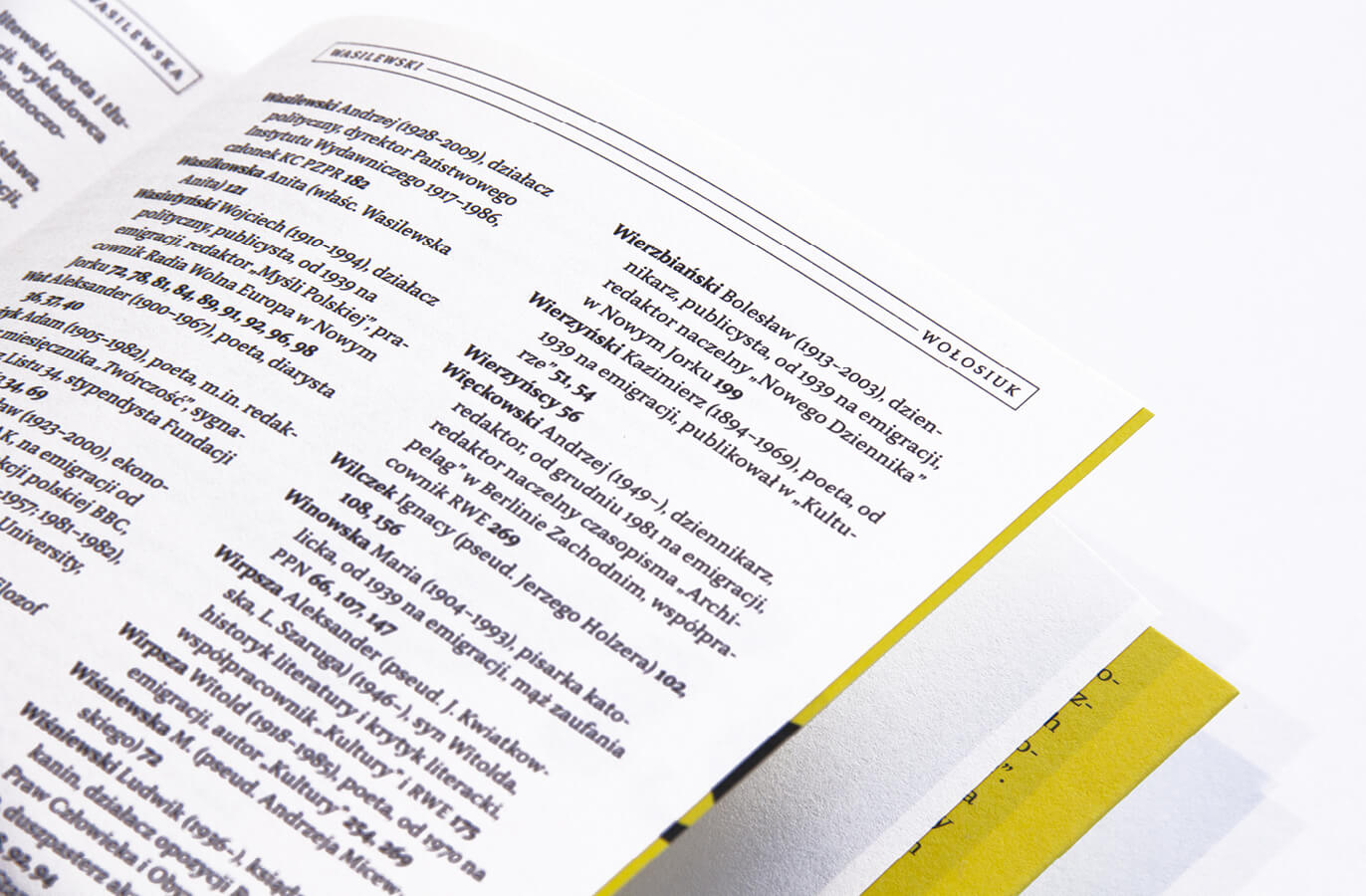 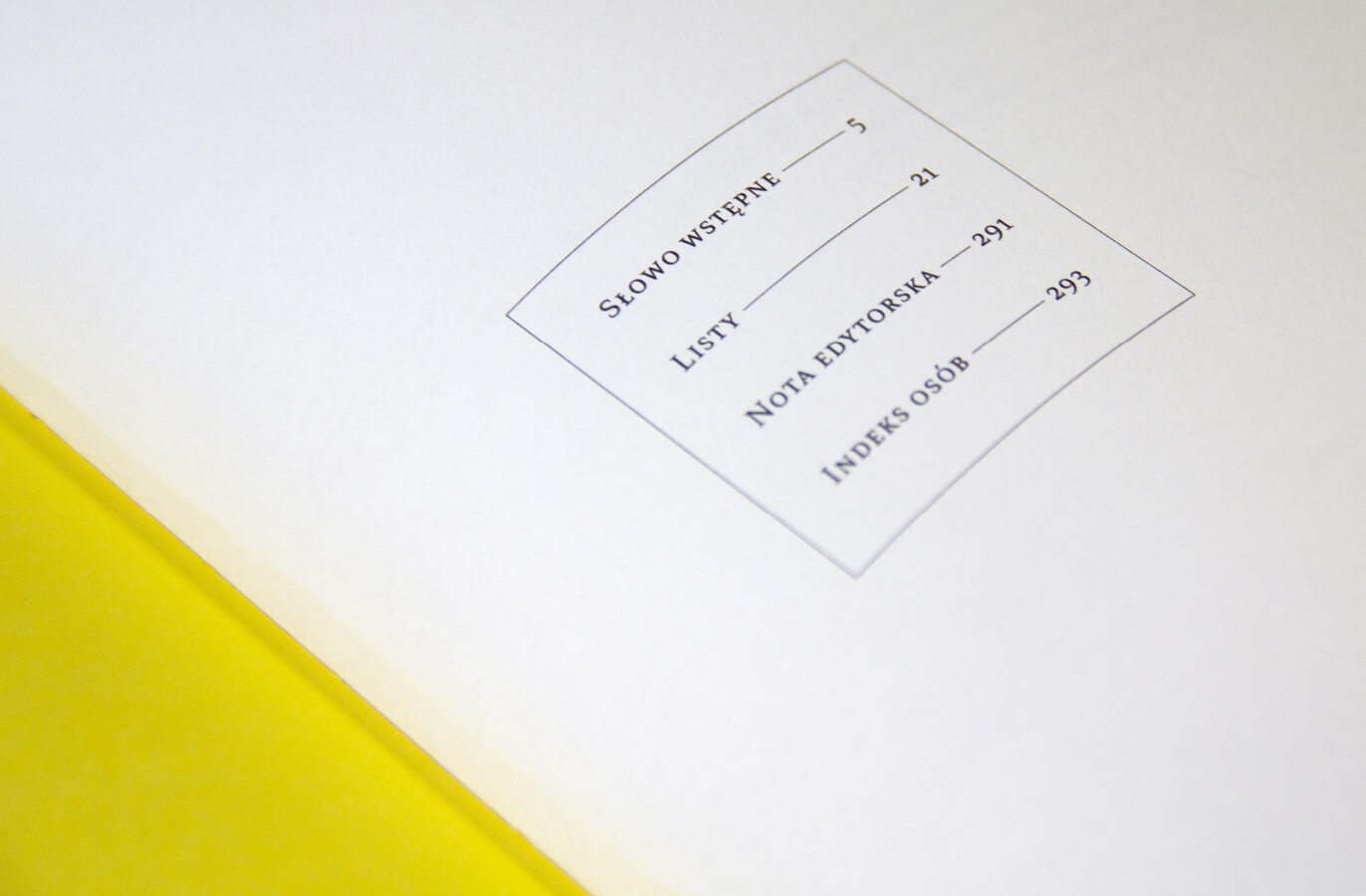