Basta utilises soft contours to somewhat relieve the austerity of sharply cut roman typefaces. The upper case letters, for example, are rounded from the shoulders to the front strokes. The soft flow of the lines is supported by the manner in which the weight of the “e” and “c” is shifted almost into the horizontal. Thanks to the gentle serif endings, the lines do not move as if between tracks. It is impressive how little space is required to achieve effortless readability. Short ascenders and descenders enable smaller line spacing. Basta is therefore particularly well suited to narrow columns of text.

The original Basta headline type drawn by Georg Salden in 1972 was a fat, condensed type, similar to the nineteenth century Elzevir designs from the French Deberny & Peignot foundry. It was this fatness, combined with the accentuated serif shape and individual characteristics, which made Basta an effective face for headlines. It was clear to Salden, however, that extending this design into a range of text weights would require quite a different touch.

Salden started in 1975 with a light version. He was dissatisfied with the result and did not release the face. Much happier with the book, medium and italic book weights, which he completed between 1977 and 1978, he released them as glass grid fonts manufactured by Berthold AG. Salden produced the fonts containing small capitals, in the book weight, in 1985. After installing an Ikarus system in 1988 Salden used it to add five new versions to the Basta family, light and bold, italic light and medium and small capitals for the light weight.

Basta is an extremely legible typeface, with a large x-height and narrow proportions. To counteract a fence effect, all letterforms are characterised by a certain softness. The serifs are delicate and slightly inward facing. The axis of the curves are slightly inclined to the northwest. The inner corners are round, such as the angles on Z and z. Also the diagonals of K and k meet with rounded angles into the stem. Noteworthy are the line-shaping forms of c and e. The capital letters C, K, O, S, V, W, X or Z are more similar to the corresponding lower case letters than usual. Interesting also is the 2, which protrudes far beyond the x-height to provide more counterweight for the numerous descenders.

The italic is freer than the upright. Many details are based on Georg Salden’s calligraphic experience without appearing too “written”. For example, the foot swings for A, M and so on, the end swings on V, W and y or, among other things, the endings on E and R. The drop endings of the lowercase letters stabilise these italic figures and form a contrast to the thin strokes of the letters m, n, u and so on. The oblique serifs take on a different value in the italics themselves. All in all, the italics produce an image that is just as serious and calmly flowing as the vertical ones, and are also suitable for longer amounts of text. 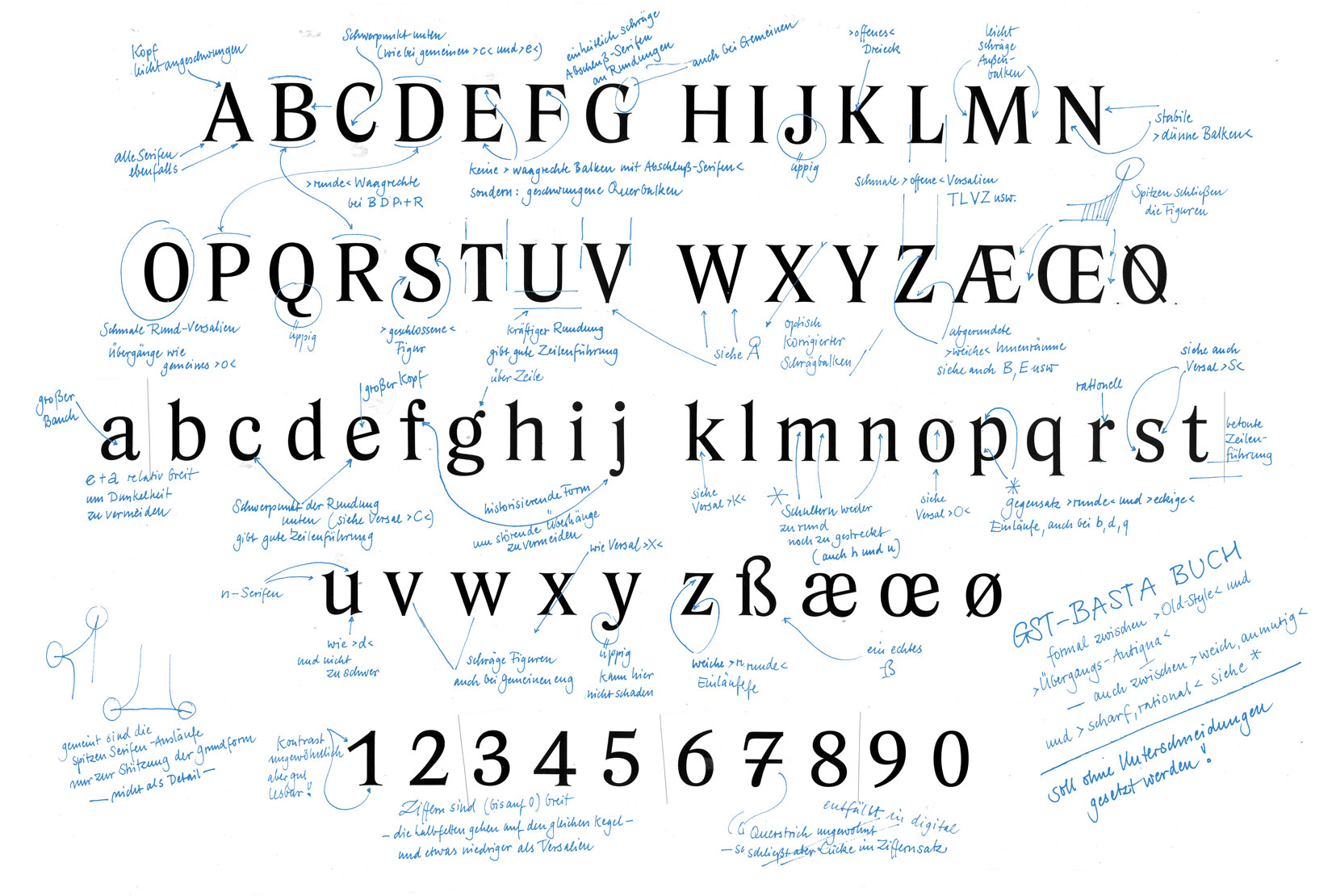 Sheet with notes on the characteristics of Basta, by Georg Salden. 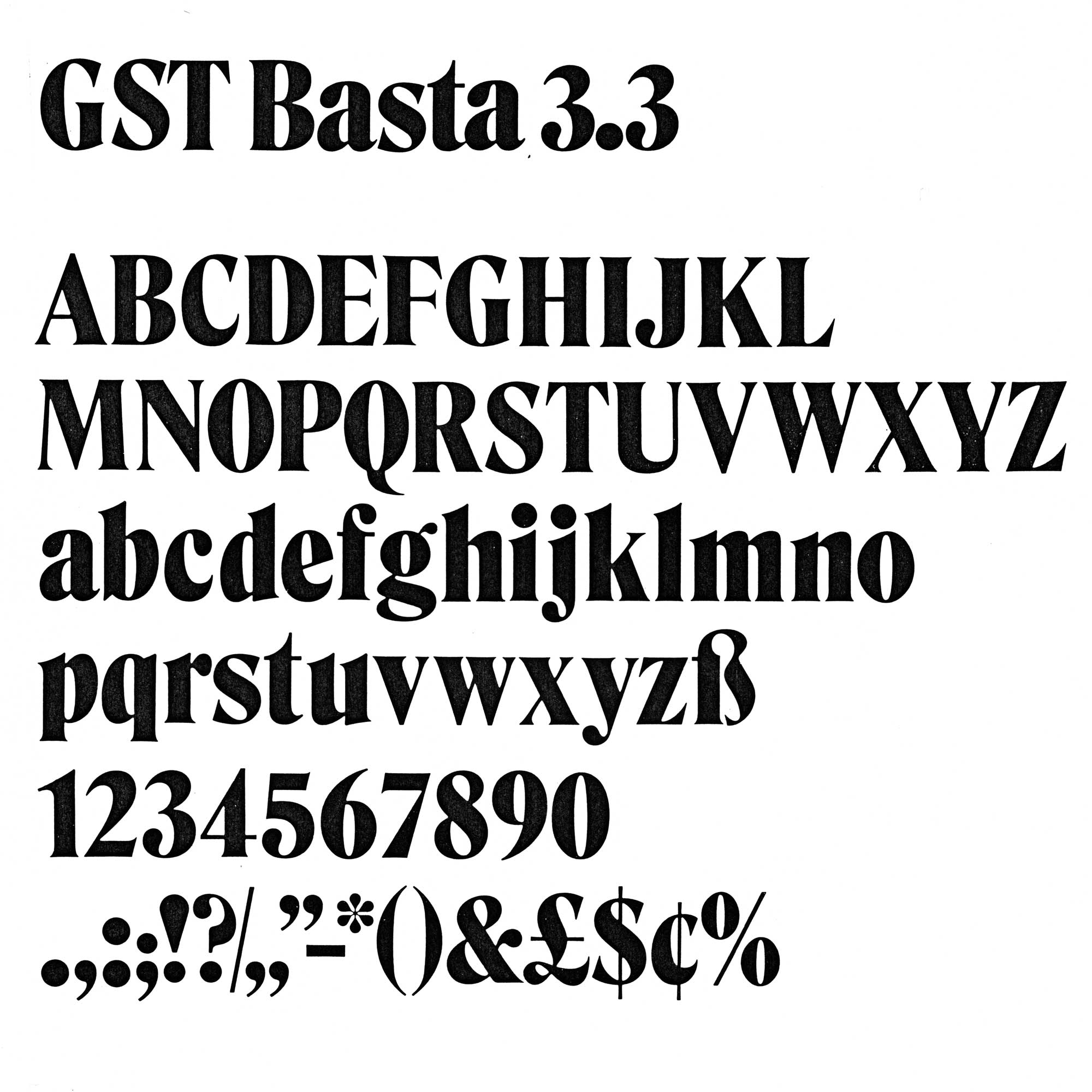