Gordon may be described as a slab serif. Indeed, very early prints, which were printed on slightly moist hand-made paper, have similarly low stroke contrasts and rounded corners, inside and outside, including the serifs. That’s what makes this typeface so communicative and mannerly. Gordon’s aesthetic appeal arises from the lively movement of the letters’ lines. This is never arbitrary. It either supports the harmonious letter spacing or the open images of the individual characters. The accompanying italics are highly idiosyncratic, original creations, almost with a handwritten style. Gordon also forms nice compact lines with the somewhat broader small capitals. It seems that users need a feeling for the typeface to really appreciate its qualities.

Georg Salden describes Gordon as a ‘rounded Egyptian’. Early in the nineteenth century, the term “Egyptian” applied to both san-serif and square (or slab) serif letterforms.The sans-serif appears earlier (in both sign painting and type-founding) but the square serif quickly acquired an important role in short-run letterpress printing, where its blackness was attention grabbing. The Figgins foundry showed square serif capitals in or soon after 1817, and most English foundries followed in the 1820s. In our century, such faces lay exclusive claim to the name “Egyptian”, and to other names alluding to Egypt.

Like the later nineteenth century Egyptians, Gordon follows the proportions and structure of modern face romans, especially in the nearly uniform widths of its capitals. This, along with the rounded ended serifs, gives Gordon an almost typewriter-like appearance. Salden has deliberately avoided sharp corners to prevent filling where strokes join at an acute angle, affected letters contain ink traps.

The round nib pen leaves some mark throughout the Gordon type, but the italic most clearly retains the cursive quality of letters written directly with a pen. Salden drew the first weight of Gordon as a headline face in 1975 and enlarged the family in 1978. The current text version was developed in the years 1983-1986. 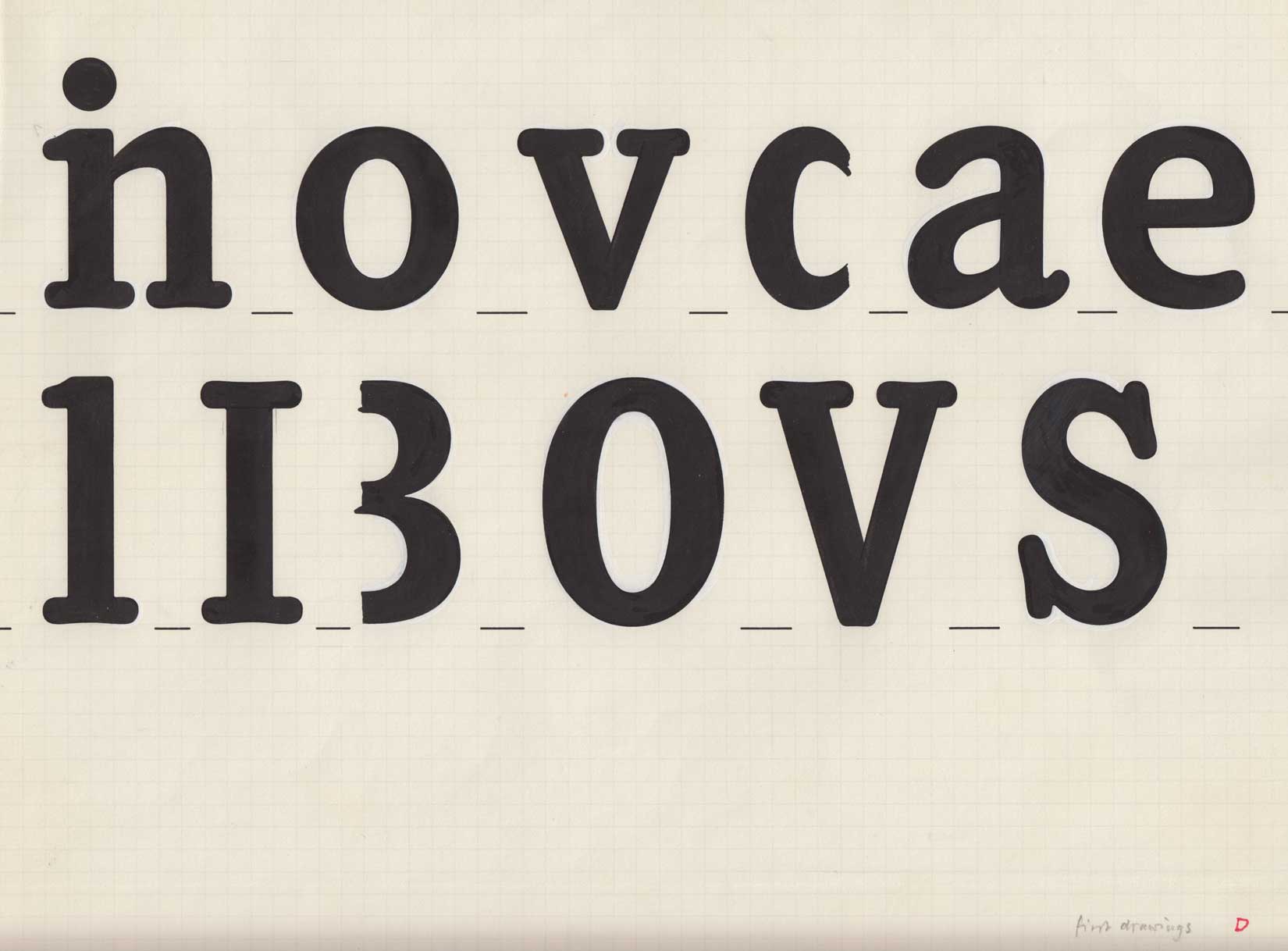 Salden draws freehand with India ink, avoiding french curves, and made the first sketches for Gordon with a round nib pen. The final drawings, with a cap height of 45 mm, were drawn with a technical pen and retouched with a brush and opaque white.

Ideas for Gordon’s italic written with a round nib pen.